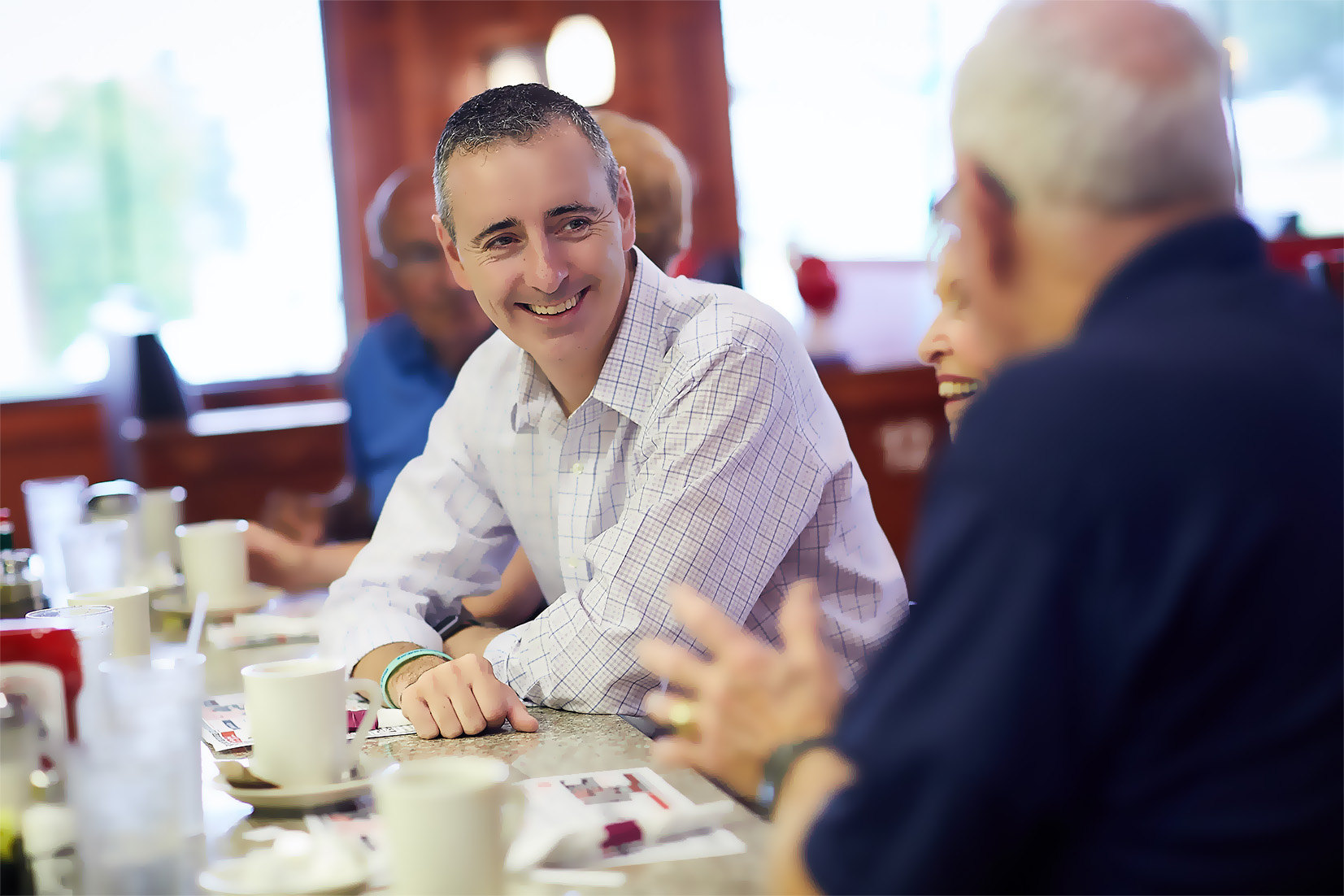 A dedicated public servant, Congressman Brian Fitzpatrick is not done with his fight to fix a broken Washington and make a difference for our communities.

On his very first day in office, Brian put forth a bold government reform plan which challenged the career politicians in Washington: term limits for members of Congress, pass a budget or don’t get paid, and balance the budget.

He’s a nationally-recognized leader in the fight against the opioid crisis, authoring legislation signed into law which provides additional resources for our law enforcement to secure the border and stop the flow of deadly drugs into our communities.

He’s leading the fight to provide those suffering from debilitating terminal diseases a chance at life through access to potentially life-saving treatments.

Brian believes that every American deserves a fair shot at success. He will continue to make certain that our institutions serve us, not the career bureaucrats or politicians, and that all those who work hard can live a fulfilling life of dignity and opportunity.

He will continue to protect our families not only from the threat of international terrorism but also from the scourge of drug abuse.

Brian is uniquely qualified to reform our government and put the American Dream back on track.

For nearly a decade and a half, Brian served our country as an FBI Supervisory Special Agent where his focus was fighting political corruption and supporting global counterterrorism efforts.

As an FBI agent, Brian served our country in Operation Iraqi Freedom – the largest of several active fronts in the War on Terror.

Brian also served as the National Director for the FBI’s Campaign Finance and Election Crimes Enforcement Program, and as a national supervisor for the FBI’s Political Corruption Unit. Moreover, he has traveled the world to promote freedom and democracy, where he is recognized as an expert in restoring integrity to governmental institutions.

As a Special Assistant United States Attorney, Brian prosecuted violent drug and gun offenders to stem the tide of abuse and violence. He was also named “Investigator of the Year” by the Federal Law Enforcement Foundation.

A Levittown native and graduate of Bishop Egan High School, Brian is a graduate of LaSalle University, Penn State University and the Dickinson School of Law. He is both a licensed attorney and a licensed Certified Public Accountant in Pennsylvania.

Brian is an Eagle Scout and a certified Emergency Medical Technician in Pennsylvania. He lives in Middletown Township, Bucks County. Brian has lived in Bucks County for nearly 40 years.

Brian is a Member of the Levittown Ancient Order of Hibernians and the Knights of Columbus.

Paid for by Brian Fitzpatrick for Congress